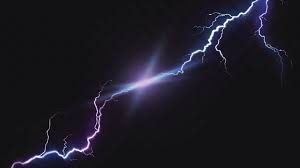 A number of years ago, at a Commencement Address, the speaker said:
“Put yourself in the path of lightning.”
“Wow!” I thought.
And, wrote down what she had said.
The truth is I didn’t really understand what she meant.
But it sure sounded important.
And true.
And something I should remember.
Which I have.

Now, the truth is, I am a creature of habit.
For better or worse, for many years those everyday routines helped me keep track of the things I was supposed to do and to get done what I needed to get done. Now that I am retired one of the hardest adjustments is no longer having those routines.
Or, any routine.
Which brings me to something I heard last week.
And to the Commencement quote from a number of years ago.

She was speaking about change.
About risking transformation.
About intentionally putting yourself in situations which open you up to new understandings and new insights and new possibilities. And, that when you do that some part of your life has the possibility of a fundamental shift. In other words, put yourself in the path of lightning. Risk being shocked and jolted out of the familiar and comfortable and towards something new.

I blame it, at least in part, on it being a long winter where we now live.
It snowed the first week in November and has snowed and been cold ever since. It has been easy to “hibernate” both in ways that have been helpful and restful, but also in ways I have used to avoid the lightning. It is unsettling to let go of that routine which sustained me for so long and to risk what is unknown in front of me.

Put yourself in the path of lightning.
All these years later I hear those words again.
And am finally beginning to understand.
I can continue to play it safe.
To hibernate even as spring approaches.
Or, I can risk the lightning. 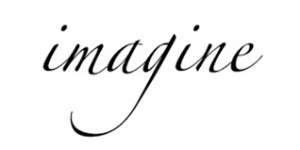 Some things I do the old fashion way.
Pen and paper.
Manila folders.

Either on my desk or in my desk drawer I have two manila folders filled with scraps of paper. Some of those scraps are my doing. Some others have left for me. Articles which caught my attention or which had a turn of a phrase that turned my thinking in a new direction. But as thought provoking as all those articles are or were, the other thing about those manila folders is they are covered with scribbled words or phrases. Again, something I read or heard that I did not want to forget even if I forgot where I heard it or read it. Today, rearranging the stacks on my desk in a desperate attempt at order, scribbled words on that manila folder caught my attention. Subversive Imagination. Where did I hear or read that?

I can and do imagine lots of things.
Learning to make furniture.
Completing my hike of the Long Trail in Vermont.
Reading one of the many books on my book list.
Wishing I could dance.
Becoming more fluent in Spanish.

But where, I wonder, is my imagination subversive?
Seeing past or through the gloss of today to something different for tomorrow?
Seeing clearly enough that what I do today and the choices I make today are driven more by that imagination than my To Do list?
An imagination which turns my world and our world right side up.
That kind of seeing…
That type of imagination is hard.
And, requires work
And, maybe a touch of wisdom.

I know we are already almost two weeks into the New Year, but I have been working on a song and wanted to share it with you. I haven’t finished it and thought maybe you could help me with the rest. Ready? Hmmmmm.
“On the 12th day of the New Year the preacher said to me…”
That’s it.
That is as all I have…so far.
I know we are 12 days past the start of the New Year.
And, I realize you have probably already made and are well on your way to working through your long list on New Year’s resolutions which you conscientiously review each morning and rigorously pay attention to each day.
Right?
Even so, broadly speaking, it is New Year’s resolutions I would like to think with you about this morning.
My song and singing aside, let me begin with this story.

I first got to know this young man when he was 14 or 15 years old. He is now in his early 30’s.
When he was in high school and college he went with me on our trips to Buchanan County, Virginia in the summer and to Nicaragua in the winter. He now works for an international development organization which supports micro-enterprise projects in developing nations around the world. This past August, he returned to the United States after spending two years in Somalialand working on an economic development project supported by funds provided by US AID. Part way through his first year, when he was home for a couple of weeks, he stopped in to see me. We talked for a few minutes about the work he was doing, but mostly we talked about what he was learning. One of the things he wanted to talk about with me was what it was like for him living in a country where the primary religion was Islam. Other than worship on a Sunday morning and the conversations we had on work trips, he had never really thought much about religion. It just was. But now, for the first time in his life he was the stranger in a strange land. Five times a day, no matter what else they were doing, all work would stop and his colleagues and co-workers, many of whom were young adults his age, would face Mecca and pray. As a result this stranger in a strange land found himself thinking about his faith and his spiritual practices in an entirely new way.

I share that story with you because for me, and maybe for many of you, Christianity used to be easy.
You went to church on Sunday morning.
You spent an hour or so there.
You said the prayers.
You recited the creeds.
You listened politely to the sermon.
If you did that and if you made a financial contribution of some type you were considered a goodChristian. While I disagree, philosophically and historically, with the pundits who claim the United States was and should be a Christian nation, on one hand they are correct.
The Christianity I knew as a child was in the air I breathed and in the water I drank.
It was reinforced in the schools I attended and in nearly every other aspect of community life.
I never, once, had to think about it.
I know that probably over simplifies the situation, but, not by much.
Which brings us to today;
And, to you and me;
Living as we now do in a culture where what I grew up with and what we grew up believing is no longer the norm. And in the world in which we now live, what we knew and believed and loved is not just quietly dismissed or ignored, but, at times, openly ridiculed. Two headlines from this past week illustrate my point.  In reaction to a monument with the 10 commandments on it being placed at a state capital, a satanic cult unveiled plans to put a satanic goat’s head statue alongside a monument of the 10 commandments.  And assuming that the whole of Christianity is the Christianity of my childhood and the Christianity of popular culture, an article in Salon magazine dismissively mocked the Bible as simplistic and out dated wondering how and why anyone would believe such nonsense.
And, yet here we are in a church on a Sunday morning…
Left to figure out our faith.
Left to figure out what it means to believe.
Left to figure out what it means to be Christian.
When it is no longer assumed by the culture around us;
And, no longer in the air we breathe.
And, at least, for me and how I see the culture and world in which we live,
More important than ever.
But, as hard and sometimes as painful as that is, there is also opportunity.
As we are freed from the cultural expectations of the past we can begin to reclaim a voice and a witness to values and understandings – gratitude, generosity, community, sufficiency, concern for those whom Hebrew Scripture names as widows and orphans and whom Jesus names as the least of these. Values and understanding that stand at the center of both the Christian witness and the Biblical tradition which, in my opinion, are sometimes both severely lacking and desperately needed in those places where we both live and work each day.

Which brings me back to where I began and thinking about New Year’s resolutions.
If any of what I just said resonates with you at all or matches how you see and experience that complex intersection of life and faith and world, then we have work to do.

And, this is where I would our New Year’s resolutions come in.
What is one thing…
Just one…
That you might like to do or try this year to move your faith in the direction I have been talking about? And, because I remember best when I write something down I am projecting that onto all of you.
In your bulletin is a note card.
Write down your resolution.
Take it home.
Put it on your refrigerator or your bathroom mirror or your desk or your dresser.
Some place where you will see it each day.
Or, if you would like, add your name and give your card to me and I will send it to you part way through the year as a reminder of what you were thinking about this morning.

And, just so you don’t think I completely forgot the Bible and the selected scripture reading for this morning, here it is. From Hebrew Scriptures. The book of Deuteronomy.
Hear, O Israel:
[Hear, O People of God:]
The LORD is our God, the LORD alone.
You shall love the LORD your God with all your heart, and with all your soul and with all your might. Keep these words that I am commanding you today in your heart. Recite them to your children and talk about them when you are at home and when you are away, when you lie down and when you rise. Bind them as a sign on your hand, fix them as an emblem on your forehead, and write them on the doorposts of your house and on your gate. (Deuteronomy 6: 4-9)
Why this passage, you wonder?
And what does it have to do with what I have been talking about this morning?
I am glad you asked.
On the doors of their homes, many Jews have a mezuzah which holds, on a rolled up piece of paper, the passage from Deuteronomy which I just read. They place it on their door so they see it each time they leave their houses and every time they come home and so are reminded of who they are and how they are to live.
Which brings me back to your note card and this question:
What is your reminder going to be?

So, where was I?
Oh yea, here.
Hmmmmm.
On the 12th day of the New Year, the preacher said to me…
You fill in the rest.