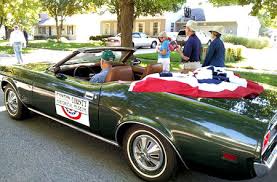 Memorial Day 2019.
Along with many others in the community in which I live, I stood along Main Street to watch the parade. Fire trucks and ambulances from our community and from several nearby ones, as well. A group of veterans walking. Older ones riding in cars. Children with flags. Some standing. Some riding in the cars or trucks with their parents or grandparents. Also a couple of bands. Drums. Fifes. Bag pipes. People clapped and waved as they do at parades like this. It was a early morning community event. An early morning community celebration. Of course, the bunting on the fire engines and cars was red, white and blue. But as I watched and clapped and thought about it, I began to think that the bunting should have been black.

Memorial Day is about remembering those who have lost their lives in a war. It’s roots are remembering those who lost their lives in the Civil War. The War Between the States. Brother killing brother. Father killing son. Wives with husbands who did not come home. Mothers who wept for their sons. We clapped and waved, and laughed and talked, but the truth is war is hell. Some wars may have more justification than others, but all wars are still hell. And, all wars mean that somewhere along the way we have failed.

The bunting on the fire trucks and cars was red, white and blue.
It should have been black. 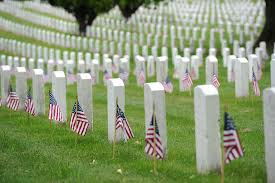 I have to admit to mixed feelings about Memorial Day.
Later this morning there will be a parade through the Village.
Complete with fire trucks with lights flashing.
A band of some type.
Children on bikes or in wagons decorated with bunting and flags.
Accompanied by parents marching, riding, walking from Seminary Rd. to the Village Green. The boy scouts will also be there and, maybe even a sports team or two. Prizes will be awarded for the best decorated bike or wagon. Followed then by a picnic at the Fire Department.

In between parade and picnic there will be speeches on the Green and a wreath placed in front of the flagpole which bears plaques listing the names of those from our community who have been killed in our nation’s wars from the Revolutionary War to the Vietnam War. The ceremony will end with Taps and a 21 gun salute.

In reading about Memorial Day and thinking about this morning, I was stuck the description of that first Decoration Day as not a happy celebration. How could it be. In 1866, the names on the graves on which flowers or flags were placed were the names of their sons and their fathers and their next door neighbor. The human cost of the war just ended was both deeply personal and far too real. Such a contrast between then and now.

It’s a complicated balance for me between remembering and honoring on one hand and glorification on the other. Remembering those who serve and have served our country in our armed forces. Honoring those whose lives have been lost, and on the other hand sometimes seeming to glorifying war.
The truth is war is hell…for all involved.
Soldiers and civilians and families back home.
And Post Traumatic Stress Disorder and alarming suicide rates and lack of support and care still plague far too many in our veterans. We are learning returning home can also hell.

Tomorrow I will watch the parade.
I will listen to the speeches and allow silence to settle around me while Taps is played. I will offer the Benediction at the end of the ceremony as I have been asked to do.
But it will be difficult to celebrate because my heart will be heavy.
Because war is hell and too many lives have already been lost.
And I will feel a sadness as well.
For all our intelligence and wisdom we are still a long way from that riverside where we will lay down our sword and shield and study war no more. 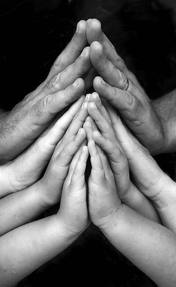 And, let us pray for our country.
Our leaders.
Our fellow countrymen and women.
Those who are doing well and those who are not.

And, let us give thanks for freedom.
The freedom to go where we please.
To worship as we please.
To have a voice in deciding those who will govern.
And to express our own point of view.

And let us pray for ourselves.
For if we take God at God’s word and claim our place among the People of God we are called to something more. And even though we can’t quite see it, we are to live, work, speak, dream our way towards that day which may almost be now…
When the lion lies down with the lamb.
When swords will be transformed into plows.
And spears into tools to harvest food enough for all.
And when we will be named as peacemakers and because of that be known as the children of God.
For, if not us, O God, then who?
And if not now, O God, then when?

Those who we remember and honor this Memorial Day Weekend all have names.
Stephen Ambler
Edward Ball
Ember Alt
John Sweetman
James Kelly, Jr.
Jesse Thomas, Jr.
Alfred Barker
Jennifer Moreno
Bruce Stanley
The names of some of them are engraved on the plaques on the flagpole on the Village Green which faces this church.
Most are long forgotten.
But, some are remembered still by family and friends.
But, each of them was someone’s son or someone’s daughter.

We honor their service and pay our respects.
And we remember, too, how precious and how fragile freedom really is.
And, the grand vision upon which our country was founded.
And, the high and heartbreaking cost of war.
And in whatever way we might…
In whatever way we are able…
Let us pray for our country as we rededicate ourselves to being thoughtful and active citizens so that day might come when the dream wrapped up in the words “liberty and justice for all” might come to be not only for us, but for all.

And as we remember those who have fought in the wars our nation has fought and the price that was paid and the heartbreak of their families, let us commit ourselves to finding better a way so that day might come when fathers no longer die a long way from home and mothers will be able return home to watch their children grow up and sisters and brothers and sons and daughters will once again know the embrace of their families.

We remember today, because we dare not forget.

I came of age during the Vietnam war.
Each day the evening news concluded with the number of service men and women killed in combat that day and the total number who had died during the war. It was a slow drumbeat of anguish and heartbreak. Years later, as our children were growing up, our family took a trip to Washington DC. We visited all the museums and historic sites we could manage in the several days we were there. Smithsonian Museum. Washington Monument. Lincoln Memorial. And, yes, the Vietnam Memorial. I knew some of the names etched in that granite wall. As I looked at those names, I am not sure my children understood the tears in my eyes and my inability to speak.

But let our remembering this day be more than nostalgia and more than misplaced glorification. Instead may it be a solemn reminder that if our country is to remain strong it requires more than just their service and their sacrifice. It also requires you and I to be thoughtful and active citizens and to serve our communities and our country in whatever ways we are able. And, it requires you and I to hold tight to the dream of liberty and justice meant not just for some, but for all.

On one hand, Memorial Day is complicated.
At least for me.
At least for me as I stand in this place.
And, it will be again tomorrow morning as I stand with the community on the Village Green.
Here is what I mean.
Honoring those who have served is not hard.
Remembering and praying for those who have lost their lives or whose lives have been shattered by war, and for their families is not hard. And, we do that today with all due reverence and respect.

What is complicated is that fine line between honoring and glorifying.
Between honoring and remembering those who have served and glorifying war and conflict and violence which, too often, tears apart at least as much as it seeks to hold together. We dare not forget that for those in the middle of it; those caught up in it – soldiers and civilians alike – war is hell. And, the opposite of what God intends. And, the opposite of our best values-  either our own or our country’s.

So, today…
I invite you to be for a moment in that uncomfortable place.
A place of remembering and honoring those who have served.
A place of turning towards the very real heartbreak and devastation of war.
A place of pondering what it might take for our tomorrow to be different from our past.