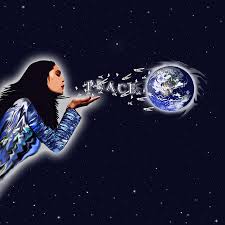 New Year’s Eve.
A week removed from Christmas
With the new year just hours away.
May we link our dreams for what is to come
For what is to be
With the dream God has for us and for all.

The cards and gifts are easy.
Even if I never get our cards out on time.
It is that other part which is hard.
The Peace on Earth part.
The swords into plowshares part.
The lion laying down with the lamb part.
The seeing the star part.
The listening for the angels part.
The finding my way to Bethlehem part.
This Advent
This Christmas
May I risk that which is hard.

The stories were written backwards.
By those who came later.
Written as statements of faith.
Not as a recitation of facts.
The only “fact” being their choice of Jesus instead of Caesar.
In a few days I will tell and retell the story in the same way.
Doing my best to pry open
Even the smallest of cracks
In my life
And maybe in yours, as well
To allow the witness of God with us and Peace on Earth
To turn our lives
Right side up
Once again. On New Year’s Eve, while two million people converged on Times Square, Shodie and I resisted the urge to  join them and went to see a movie instead. We saw Rogue One, the new Star Wars movie. Maybe you have heard of it? The Empire, which wants to rule the universe, is building the Death Star which has the capability of destroying an entire planet with a push of a button. On the other side stands the somewhat ragtag Rebellion trying to figure out how to stop them and to preserve freedom. It was a typical Star Wars/good vs. evil/right vs. wrong plot, but enjoyable nevertheless. As I walked out of the theater on New Year’s Eve, I remember going to see the first Star Wars movie in 1977 in Rockford, IL in which the Death Star was fully operational.

I don’t think there are any spoiler alerts here if you haven’t seen and plan to see the movie. The plot of the movie centers around a female heroine. Jyn Erso. When she was a child her father, who was a famous scientist and who had been in hiding with his family, was abducted by the Empire to complete the work on the Death Star. Under pressure, he does so, but incorporates into the Death Star a fatal flaw. Learning what her father had done, Jyn Erso’s mission becomes to steal the plans of the Death Star, get them to the Rebellion so they can be analyzed and the fatal flaw found and an attack strategy put in place. The rest of the movie is the struggle between courage and cautiousness, loyalty and indifference and spacecraft jumping in and out of hyperspace.

So, you wonder…
What does all this have to do with wise men and Herod and following a star and this final Sunday of Christmas as we celebrate Epiphany? I am glad you asked. The turning point in the movie comes when Jyn Erso confronts the reluctant leaders of the Rebellion who see no possible way to resist the Empire and are about to to give up and to turn away. Facing them down, she says to them, “The Rebellion is built on hope.”

And, that I think is the meaning of Christmas.
Maybe not so much the rebellion part.
At least with the images Star Wars and what that word usually brings to mind for us.
But, once you step beyond the candlelight and carols we usually associate with Christmas and back towards the witness of the Bible, the underlying and fundamental message of Christmas is about a rebellion.
About a different set of priorities.
About a different vision of and for the human family.
And, about a world turned right side up in the direction of God’s promised Kingdom.
The Biblical narratives about the birth of Jesus asks the question:
Which of these will command your allegiance?
Caesar as the Son of God or Jesus as the Son of God?
The calculating politics of Herod or the witness and wisdom of the Magi?
Pax Romana. The peace promised and enforced by the Empire.
Or, the peace promised by God and proclaimed by the angels which will be on that day when all of God’s children see and live with each other as sisters and brothers?
And, since the Bible is never just about then, but also about now.
And, never just about them, but also about you and me.
The tension and question we find in the Christmas narrative remain.
Waiting now for how you and I might respond.

Christmas is built on hope.
Built on a way of seeing and understanding your own life and envisioning the world entrusted now to our care and keeping. A hope which holds onto the promise of God with us in all the moments we have to live. Not just in the joys and sorrows, successes and struggles which are a part of our lives, but God with us in the everyday moments and the everyday encounters which make up 90% of our lives.
Ordinary lives tinged with the holy.
My ordinary life.
Your ordinary life.
Their ordinary life.
The question is do we chose to live holding onto this hope?
For you?
For me?
For them?
Believing it enough to claim it for ourselves and to see it in each other?

And, Christmas is built on that dream and possibility and promise of peace on earth.
Peace.
Beyond Caesar and Herod.
Beyond Jew and Gentile.
Beyond authoritarian power and the huddled masses.
Peace beyond the wrangling in Congress and the divisiveness and subtle racism in our country and the heartbreak of Syria. Peace that is the intent of God and the Dream of God and therefore to be the intent and dream of the People of God. The hope built into Christmas provides both the vision and the courage for us to work towards making that dream a reality.

There is a verse in Hebrew scripture, in the book of Proverbs, (Proverbs 29:18 if you want to look it up.) which, in more recent translations of the Bible, scholars have adjusted or corrected to read: “Where there is no prophecy, the people cast of restraint.”
But I like the previous translation better which read:
Where there is no vision the people perish.
Christmas asks the question…
What vision?
What possibility?
What type of future do you imagine?
And, what type of future are you willing to work towards?

“It is one thing to say with the prophet Amos, ‘Let justice roll down like mighty waters.’ and quite another to work out the irrigation system.”
I get that.
I know there are different views and opinions on almost any topic we could name.
Security and peace. Healthcare. Economic empowerment.
And, that figuring out the irrigation system is hard and messy work.

But, I hope…
I hope…
That our being here together in the waning days of Christmas, we can hold onto that hope and remember and claim the dream of God wrapped up in the birth of Jesus. It is really such a simple story.
The part we know best is a mere 17 sentences.
A pregnant young woman.
A couple expecting their first child.
A forced migration.
No room when the time comes for her to have her baby.
Truth be told, that is not a new or a newsworthy story.
How many times over the course of human history, to say nothing of the last 24 hours, has this part of the story taken place?

But there is something more here, isn’t there.
Meaning and hope layered over that all too common event.
Holy messengers who sing about Peace on Earth.
The baby who is born known not just as Jesus, but as Emmanuel which, as you know, means God with us.
With you. With me.
Right here. Right now.
In the craziness and complexity and wonder of life as it is and the world as it is.
And, what about this?
These words written long before Jesus was born, but which tradition has linked to the witness and the promise and the meaning of his life. From the Jewish prophet Isaiah:
For to us a child is born,
To us a son is given;
And his name will be called
Wonderful Counselor, Mighty God, Everlasting Father, Prince of Peace.
And this….
He shall judge between the nations and shall decide for many peoples;
And they shall beat their swords into plowshares,
And their spears into pruning hooks;
Nation shall not lift up sword against nation,
Neither shall they learn war any more.

There is a holiday car commercial on TV right now with the tag line:
If you are going to wish, wish big.
So, if there ever was a night for wishing and dreaming…
In the beauty of this place
Amidst the candles and the carols and our singing Silent Night together
I would say this to you.
This Christmas, if you are going to dream, dream big.
Please.
Don’t settle for Santa or visions of sugar plums or a Merry Christmas.
I am not stretching the truth to say…
I…we…the world needs more than that.
Looks for and longs for, and when it can, hopes for more than that.

Today more than ever, the world needs brave people willing to dream big dreams. Dreams big enough and bold enough to stand alongside the witness of the angels and the vision of the prophets and against all those forces which would demean and destroy and demonize any of God’s children. And instead find ways to wage peace and to build hope. Dreams big enough and bold enough to risk being God’s presence, risk being Emmanuel with all that implies, to those who need it the most. Being hope and compassion and kindness and community with and for the forgotten and the lonely and the hungry and the stranger.
Swords into plowshares.
Spears into pruning hooks.
Peace on earth.
Good will among all the children of God…which, in the end, includes all of us.

Too much to wish for?
To hope for?
Too much for you?
For us?
I wonder…

And, so it is Christmas.
Once again.
And, that tantalizing dream of God comes to us wrapped up in the birth a child. Walking through the Village today, I found myself walking behind her.
And, listening to her as she hummed a Christmas carol to herself,
But loud enough for anyone around her to hear.
More than a carol
Maybe it was her prayer for herself and us all.

It came upon a midnight clear, that glorious song of old,
From angels bending near the earth to touch their harps of gold.
“Peace on the earth goodwill to all, from heaven’s all gracious King.”
The world in solemn stillness lay to hear the angels sing.

For lo, the days are hastening on which prophet bards foretold,
When with the ever circling years comes round the age of gold;
When peace shall over all the earth its ancient splendors fling,
And the whole world give back the song which now the angels sing.