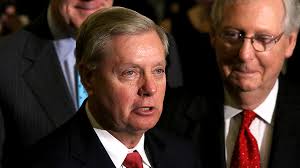 Don’t lie to me.
Again.
I wasn’t stupid enough to believe you then.
I am not stupid enough to believe you now.
But you said it.
Out loud.
Over and over again.
You put the marker in the ground.
For eleven months.
And, now with less than six weeks to go you say it is different?
At least have enough guts to say and to stand by what it is.
Raw politics.
A lust for power.
Making and changing the rules to meet your needs.
But, maybe you are not saying it for me, are you?
But for yourself.
In an effort to cushion the hypocrisy.
And, to create an illusion that allows you to look at yourself in the mirror.
And, to go to sleep at night.
And to church on Sunday. 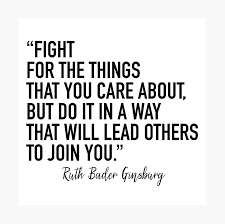 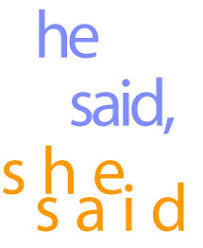 Or rather…
She faces an intense grilling about her character, her life, how she let something like this happen, what she wore, where she was, why she was there…
And, he says it never happened. I wasn’t there. I don’t know this woman.

Of course, I am making assumptions about what happened.
She could be making it up.
Or, as Senator Hatch has already decided even without meeting her or hearing her or knowing anything about her, she may be mistaken.
But…
I do know something about abuse and misconduct.
I know how deep it gets buried.
I have heard victims speak about the shame and the self blame.
I have seen in their face and have heard in their voice how much it hurt and still hurts.
And how much damage it has done.
And, I can’t imagine what it might be like to share all this and more under the glare and judgement of the national stage.

What I find myself wondering about today is this.
Again, I am assuming something happened.
(And, yes I know what they say about assume.)
What if, from the very beginning, Judge Kavanaugh had said…
It may have happened.
If it did, I am sorry.
When I was in high school I acted foolishly.
I partied too much.
I drank too much.
I lived up to the stereotypes that, now, I know are wrong.
I would never want anything like this to happen to my daughters.
I would never want a young man or a man of any age to treat my daughters like this.

I wonder…
If he had said something like this from the beginning would our conversation now be different?
But, he didn’t.
Most men don’t.
What happened 30+ years ago matters.
And, was wrong and should never be tolerated.
But, if something did happen.
Whether it comes out in the hearing, if there is one.
Or, if it comes out in the news.
The lying about it
Happened yesterday.

Yesterday the Supreme Court ruled that praying at government meetings was permissible. In my experience prayers in public settings are complicated. Either they are so ceremonial they are empty of meaning and power or they become subtle (and sometimes not so subtle) attempts to cover political positions with quasi-religious authority.  Justice Kennedy’s advice for atheists and others who object to such prayers is “just leave the room.” My initial response is that anyone who takes their faith seriously and takes prayer seriously should also consider leaving the room.

At its best, prayer is either a deep listening for the promptings of God which we discern when we are quiet long enough and listen carefully enough or it is the collective concerns of a gathered community yearning to be faithful which means that our prayers move from words to actions, and from concern to compassion and kindness and caring. Using public prayer as a cover or a club only erodes our religious voice in a culture where that voice is barely being heard as it is.

If we decide to stay and to not leave the room maybe what those of us who are asked to pray are to do is to use that moment to thank elected officials for their service and remind them of their responsibility to be leaders and to care for all in the community, especially those who are too easily overlooked and too often without a voice.