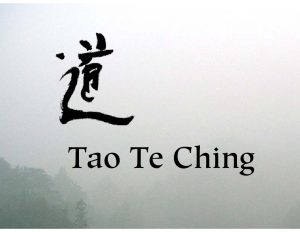 When I was in college and exploring what I believed and why I believed it, I stumbled across the Tao Te Ching by the Chinese sage Laozi. The one piece of wisdom in that book which I have remembered and thought about on and off over the years is this: The way to do is to be.

For most of my adult life I have lived the opposite of that advice.
My mantra became:
The way to be is to do.
And, I was good at it.
I was busy.
My life was full.
I had my lists.
For the day.
For the week.
For the month.
For the year.
The goal each day was to do those things on that list.
Those things which demanded my attention and needed to be done.
I was doing and that was my being.

I don’t regret any of that.
For the most part, those things I was able to do were important and mattered and touched people’s live and helped to make the community in which I lived and the communities around me better and safer and stronger. But now it is different. Whereas in the past my To Do list had any number of things on it for each day, now the next thing on my list is to remember to pay bills a week from today. There are any number of other things I can do, but nothing I have to do.

For several weeks now, that wisdom from Laozi which I first read nearly 50 years ago, has pushed its way back to the surface of my consciousness. I find myself wondering if the focus for this next part of my life is to be more on being rather than on doing.
Being present to the moment and days I have to live.
Being aware of and paying attention to the people who fall within the circle of my life.
Being mindful of what is stirring within me and what it wants to teach me about who I am and who I am called to be and about what really matters.

I am once again left to trying to find my way.
And, back to that pondering of my 18 year old self.