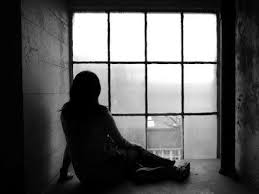 One of my favorite places to run is on Smokeshire Road in Vermont.
It is a dirt road that winds its way alongside a mountain stream.
Trees over-arch the road.
The quiet, except for the stream and the sound of my footsteps on the road, helps me to reset my inner compass.
The road…
The stream…
The trees…
Could be a Vermont postcard.

I ran my four miles there the other day.
It had been the first time running on that road in nearly two months.
A part of the reason is that I had been traveling and had not been in Vermont.
And a part of the reason was Hurricane Irene.
Smokeshire Road was one of the many roads in Vermont that was devastated during the storm and it had been closed for a number of weeks.

Now, as I ran I noticed the not only the beauty, but the lingering signs of the storm. The places where stream bank and road had been washed away and then repaired. The tangle of branches that, in places, were still wrapped around the trees that grew alongside the stream.  The out-of-place pile of stones that had been left behind by the rushing water.  All in all, though, not bad considering how bad it must have been.  Until, that is, I reached my two mile mark.  There the rushing water had dramatically changed the course of the stream.  Cutting a new path with a 7 to 8 foot bank into the hillside and leaving the old stream bed dry.  I stopped to look…and to marvel at the power of the rushing water to make such a dramatic change.

Is that how it is?
Not just for that stream along that road, but for me as well?
Storms changing the landscape leaving the old ways dry, but opening up new channels where the water still flows?
I wonder…
Can I learn from what I saw?