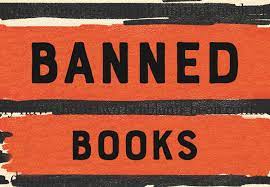 Removing books from school libraries because they might offend someone has become the new political boogeyman. In fact, Texas lawmaker, Matt Krause, has a list of 850 books which he says should be removed because they might make students feel uneasy.
I wonder if this book is on his list?
After all, it talks about prostitutes and entire cities being destroyed.
And, includes instructions on the redistribution of wealth.
And an account of a friend having his friend murdered so he could marry his wife.
And, of people who were enslaved using the story of their enslavement as a lens through which to look at who they are and what they value.
And, rich people being told to sell all they have and give it to the poor.
And, redefining who our neighbors are and how we are to treat enemies.
And, don’t forget that “camel through the eye of a needle” part.
I don’t know about you, but a lot of that (and more) makes me feel “uneasy.”

If all those other books are on his list and the list of others, and not this one, they are being hypocritical and their lists are just a ploy.