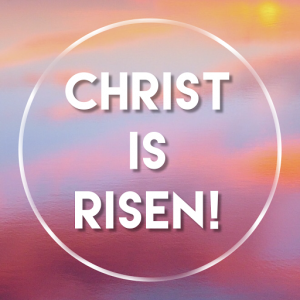 You know the story.
For Jesus, it was all about his understanding of what he knew and named as the Kingdom of God. That understanding…that vision of what your life would be like and our life and world would be like if God were in charge and not a Prime Minister or President or a Dictator or any type of leader you might like to name. And, for Jesus that Kingdom was not about someday in the future or someday after you die. It was about here and now amidst the challenges and wonder and hardships and joys of life as it is. It had to do with loving God and loving your neighbor with your neighbor being the stranger in your midst and not just the person who lives next door. It had to do with treating others the way you would like to be treated and treating others they way they would like to be treated. It had to do with those who Jesus knew and named the least of these being invited to the banquet and included in the circle of the community. It had to do with knowing it and seeing it and living in it which he did.  And, all that got him killed. Crucified. Stone rolled into place in front of his tomb.
Which brings us to today.

Doesn’t it make you wonder?
With whatever happened as those followers of Jesus experienced the resurrection, you would think by the time they finally wrote something down, which was 30-40 years after Jesus was killed, they would have gotten their story straight.
But that didn’t happen, did it?
Matthew has an earthquake and an angel sitting on the stone and guards keeling over. Mark has everyone so scared and disconcerted they don’t say anything to anyone. Luke has two angels and disciples fleeing Jerusalem trying to get to safety in Emmaus. John has doubting Thomas and the disciples hiding behind locked doors. The Apostle Paul, in his letter to the Christian community in Corinth, which is actually the earliest of the witnesses to the resurrection describes resurrection as a seed falling to the ground and then growing into something much more.

Maybe the fact they didn’t merge their stories into one story tells us something. Maybe it tells us that this is not the most important part of the story. Or, at least, the whole story. Each of them described the resurrection in their own way in an effort to communicate their understanding of what it meant more than what happened. And, even though each account is different, they do agree on two things.

First, something happened.
Something which transformed their lives moving them from betrayal and denial and being scared to death to stepping out and speaking up and living in a fundamentally new way. Doing what they had seen Jesus do even though doing that and living like that is what got Jesus killed.

And, second, the story doesn’t end in that unknown cemetery.
No one remained there. No one lingered in the cemetery applauding and cheering for Jesus and saying “Isn’t God great!” The moment in the cemetery is immediately followed up with instructions. Marching orders for those who experienced the resurrection and those who chose and choose to follow Jesus. Verbs in the imperative voice. Go. Teach. Care for. Break bread. Feed. Make disciples. Bring God’s Kingdom close.

Which brings us to today.
And, to you and me.
We are now left to decide if we will trust the story.
Even with all the headlines in the news.
Sarin gas.
MOAB bombs on Maundy Thursday.
Suicide bombers on the doorsteps of churches.
Maybe, even in defiance of the headlines in the news.
We are left to decide if we will trust the story enough to risk living inside it. Trusting that all those glimpses and glances of hope and beauty and truth and life which punctuate our lives are not aberrations. Not some blip on the screen. But, instead a sign. A symbol. A window onto how life really is and how it is meant to be. Trust that in the grand scheme of life…in God’s grand scheme of life that kindness and compassion and longing for and working towards the justice and peace and sufficiency wrapped up in the words and vision of God’s Kingdom come is both life itself and the way life is intended to be. Trusting, that when all is said and done, life is stronger than death.

It is Easter Sunday morning.
You know the story.
Now, can you trust it?
Trust it enough to live it?