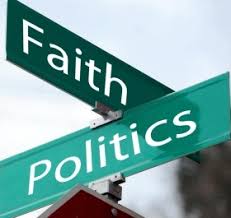 Evangelical voters in Alabama have to choose either faith or politics. In their decision about whether or not to vote for Roy Moore they can’t have it both ways. I say this because, more often than not, the Christian faith and the witness of the Gospels stands on the side of the of the forgotten and the ignored and the disenfranchised and the abused. Jesus’ focus on what he named as the Kingdom of God and his repeated challenges to the misuse and abuse use of both religious and political power stands as a testimony to that fact.

I believe the women.
And, the managers of the mall.
And, just like all the Roman Catholic priests and all the Protestant ministers who, for too long, were transferred from one parish to the next when allegations were made and who now are being held accountable, Roy Moore, as well as all the others who have harassed or abused women, also need to be held accountable for what they did. As I have said publicly on several occasions, if I had done what Roy Moore has been accused of doing I would not only lose my job, but I would be stripped of my ability and credentials to be a pastor. His actions are not only an abuse of the girls and women. They are also an abuse of power.