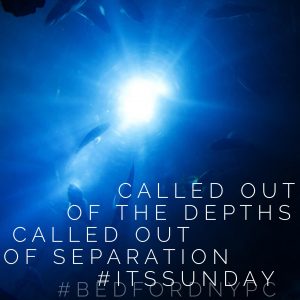 In the end, this morning may just be about parsing words.
The musings of someone who, at least in part, uses words to make his living.
Because of that I realize you may walk away shaking your head.
And, wondering what in the world I was talking about.
How is that for an introduction?
Maybe it’s a way to let both of us off the hook.

When I was in elementary school I lived at 222 Third Street. Half a block from the Aspinwall United Presbyterian Church which was located on the corner of Center Ave. and Third Street where my parents were members, and where, eventually, I became a member. What I remember from my growing up there is when I thought about or talked about or heard someone else talk about church, either we were talking about the building or about what happened on Sunday mornings between 9:45 and Noon. I don’t ever remember consciously thinking about or talking about the possibility that church was anything more than that. That church was something which stretched beyond Sunday morning and pushed into the rest of the week. I don’t remember being taught that church was something about who we were and how we were connected to each other and to the larger community around us. Church was a place where we went. My hunch is what was true for me was, and maybe is, true for you as well. And, I am sure it is the public perception when those beyond our doors hear and use the word church.

All this hit home for me a couple of years ago in a staff meeting.
We were sitting around the table in the Conference Room planning and coordinating what was going to be happening on Sunday mornings. We were talking about who and what and when and how when people came to church. That is when it hit me (and this is where I begin to parse words). We were thinking and talking in ways which mirrored and reinforced the perception of church I had growing up which I don’t think works anymore. At least not in the same way it did 50 years ago when everything else except churches were closed on Sunday and when the cultural expectation was, if it was Sunday morning, you were in church.

After that staff meeting, I quit using the word church when I talk about our being here on Sunday mornings. Instead I say we are gathering for or coming to worship. If and when I use the word church I want it to be about who we are and how we live when we walk out these doors and into the rest of the week and not about who we are and what we do for an hour on Sunday morning.

And, as long as I am parsing words, this.
Maybe you have noticed, but maybe not, I don’t even use the word church very often anymore.
For several reasons. Partly because of what I said a moment ago and its association to a building or to Sunday mornings. Partly because of the negative connotations, some deserved; some not, that the word carries in the larger context and culture around us. And, partly in response to the what I perceive to be a growing need among us. Instead of church, I have been using the word community and/or community of faith.

For years, sociologist have been documenting the trend in our country away from a collective accountability and responsibility. Away from an understanding of community and towards individualism. Towards me and mine first.
Indicators of that trend surround us.
The pervasive distrust in institutions.
In the rise of that sense of whatever works for me.
In the isolation and sense of nowhere to turn people feel especially when faced with tragedy or unexpected uncertainty. All of which leaves a gap in our lives and in our social interactions.

For sometime now, I have wondered if who we are as a called people of God, is not to step into that void and to help people make connections with each other. Both inside these walls and in the larger communities around us. To rebuild that sense of community which has been lost in so many other ways. In the words of the prophet Isaiah with which we began our worship:
To be the ones who help restore the streets in which we live.
That rebuilding or building happens in multiple ways.
Worship, yes.
But also all those other activities which connect us to each other and to the communities around us. Everything from choir to quilting to helping families at the food pantry select the food they want and need so they have enough to eat next week.

So, this morning, let me leave you with this question.
Who do you think you are?
As we plunge into the fall with all of its activities and commitments, and as my retirement at the end of October gets closer, this is your question as much as it is mine.
Maybe more your question than mine.

Look around.
How do you see yourselves?
How do you understand who you are?
How do you put words and hopes around who God is calling you to be?
Then, how do you begin to live those words from dreams into reality?
I ask because I believe this is true.
You are called to be…
We are called to be…
The repairer of the breach.
The ones who restore the streets in which we live.
And, in the midst of the chaos and confusion and awfulness and awesomeness of the world around us…
You are called to be God’s chosen generation.
God’s peculiar people.
For the sake of the world God continues to love so very much.