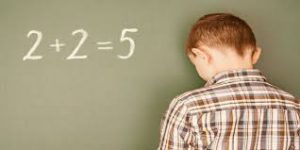 In principal, I knew how to do it, but I had never actually done it before.
And, I screwed up.
It was all fixable.
But I needed someone else who had done it before to step in and help.
As a former mentor would say, “No one died so we will all be here tomorrow to work on it.”
But I still felt awful.
I had screwed up.
I hate screwing up.

But here is the hard part.
At least for me.
If I want to learn to do something new (which I do!), I am going to make mistakes as I learn.
I am going to screw up.
Even though I hate screwing up.
Then I am going to have to try again.
And probably screw up again.
Not the same way as the first time, but in some new way I don’t yet know.

All this was just a part of life when we were younger.
Remember learning to walk.
Or to catch and throw a ball.
Or figure out two plus two or five times ten.
Or to figure out that the letters D O G spelled the word dog.

I want to recover that persistence.
And patience.
And grace.
But I hate screwing up.