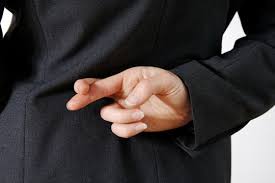 My experience with politics has been local.
I have been a pastor for more than 30 years. I have served on any number of non-profit boards. I have even served on and been President of our local Board of Education. I understand that in public settings there are some things you say and some things you do not say. All of which is to say, I want the President of the United States and leaders in Congress to be circumspect. There is information which is important for the public to hear and to know and I want to know it.  But there is some information which, if it became public or became public now, would put lives at risk or undermine negotiations. I understand and accept that.

What I don’t understand is the lying.
Standing in front of people and, with a straight face, saying something that is disproved a moment later. How do they look people in the eye and do that?
I wonder, does it disturb their dreams at night?
Do they toss and turn unsettled by their own deception?
Do they ever hear the echo of their parents’ voice who, when they were young, told them lying was wrong?

If they sleep soundly at night, they must be very different than me.