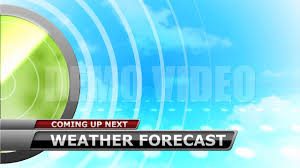 The same tone of voice.
Different, but the same smiling faces.
Seen each day on the evening news.
From Pensacola to Portland and everywhere in between.
60 second sound bytes of this happening and that.
Accidents.
Robberies.
The next door neighbor.
The other side of the tracks.
Often linked together with “Up next…” to tease you into not changing the channel.
This time it was “Up next, the weather.”
But it was the prior news sound byte which caught my attention and made the typical transition so stark. The news had been about escalating tensions between our country and Iran with the final statement before the comment about the weather report coming next being something like “moving us one step closer to war.”

“One step closer to war.”
“Up next, the weather.”
The same tone of voice.
The same smiling faces.
How did they do it?
Say what they did with a smile on their face?
Have we lived with the notion of being at war for so long that it has become a 60 second sound byte said with a smile?

18 year olds who will vote in our 2020 elections have never lived in our country when it was not at war somewhere. Iraq. Afghanistan. For the newscasters to deliver their line as they did makes it clear that they have never experienced war. Or lost a brother or a sister or a husband or a wife to our never ending conflicts. Otherwise they would have choked on their words. Choked on the thought that another 18 year old or 28 year old would be placed in harm’s way. Choked on the reality that for someone their doorbell would ring and they would receive the news none of us would ever want to hear. And that says nothing about the families caught in between. Families just like yours and mine with nothing different about us except where we happen to live.