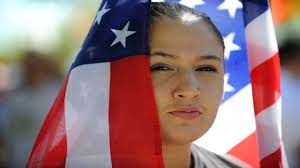 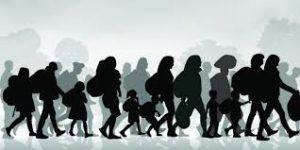 I read with interest the remarks a neighboring Rabbi made to his congregation at a recent Shabbat service. He spoke about an upcoming march/rally in support of our local immigrant community and of the increased pressure and fear that community is experiencing. In framing his remarks, he referenced the story of the Exodus, told and retold a week or so ago as the Jewish community celebrated Passover. Oppression. Slavery. Struggle for recognition and freedom. Journey to a new land. Their foundational story. Like the immigrant community, through that story, if not through their life experience, they know what it is like to be a stranger in a strange land.

In reading his remarks, I was struck by how different the foundational story is for Christians in the United States. Specifically, Christians whose heritage is European. Particularly western European. While our reference point is Jesus, a poor, itinerant Rabbi whose vision of a how life and world should be got him executed by the Roman authorities, our foundational story in this country has much more to do with manifest destiny and the ushering in of the new Jerusalem. A story which sometimes (often?) tilts towards arrogance and a sense of superiority.

To the extent that cultural Christianity continues to shape our national discourse, I wonder how much our different stories shape our understanding of the outsider. The stranger. The immigrant.

I grew up going to church.
Sunday School when I was young.
Youth groups when I was in middle school and high school.
I drifted away from all it a bit in college.
Sunday morning came early after Saturday nights when I was often up too late.
But in that mix of college, I stumbled upon Thomas Merton, the Trappist monk who had lived in the Abbey of Gethsemani in Kentucky. Through his books I discovered both a spirituality and a sense of social justice and responsibility I had not been exposed to growing up which changed my life. Ever since reading A Seven Story Mountain and Raids on the Unspeakable, spirituality and a sense of social justice and responsibility have been the touchstones of my life and faith.

In his book The Whole in Our Gospel, Richard Stern, President of World Vision, U.S, recounts the story of Jim Wallis, Founder and President of Sojourners, who, when he was in seminary, along with several friends underlined every passage in the Bible which had to do with poverty, wealth, justice and oppression. They then cut all those verses out the Bible and what they had left barely held together. All of which is to say, that at the center of the Christian witness and the center of my faith, is a concern for those who are often pushed to the margins. The hungry. The poor. The homeless. The sick. The vulnerable. And, today, the immigrant and the refugee.

Tomorrow the town in which I live will consider a resolution which states, in part, that, in the course of normal involvement, the local police department will not ask about immigration status in responding to calls or interacting with the community, and they will not act as agents of ICE, except in cases where an individual threatens the public safety of the community. The immigrant from Central America or from India will be treated the same way I am treated.

In an email exchange last night I found out that because I support the Resolution being considered by the Town Board, I have been labeled as a liberal extremist on a website run by a neighbor who is more conservative than I am.
I claim the liberal part.
I am.
I don’t get the extremist part.
Unless, that is, doing my best to live the values of my faith make me an extremist.
As I think about it, if that is the case, I find myself in good company. All of which stands counter to the witness of the faith I profess
Which, amidst all the shouting, whispers
Reminding me
Reminding us
That if I slide over just a bit
There will be plenty of room at the table.
And enough for all. We think we understand.
But, we don’t.
We don’t spend enough time with each other.
We don’t walk in their neighborhoods.
We don’t ride in their cars.
We don’t sit on their porches.
And, they don’t sit on ours.
And, so we project our understanding on them and see their world through our eyes.

Last week I spent six days in the heart of Appalachia.
A handful of miles from where 29 miners were killed in the Upper Big Branch mine explosion six years ago. My week living and working there didn’t change my views about coal or the need for renewable energy, but for a few moments I did live with the heartbreak of a way of life disappearing and the reality of good paying jobs which would support a family disappearing and of a community growing older because the young people had to leave in order to find work. For six days I sat on their porch and felt their sadness which sometimes was expressed in anger and resentment.

In similar ways, what I experienced last week is true about our understanding of police or immigrants or the African-American community or… While we think we know, we don’t really understand what it is like to ride in a police car each night or to be routinely stopped by the police or worry about our children walking home because of the color of our skin or the heartbreak of make the decision to leave family and way of life behind in order to search for work.

I wish I had answers.
But I don’t.
But, it feels to me the divide between us is getting more and not less.
And, for those with a public voice, it is in their self-interest to highlight the divide rather than help us build bridges.
Which means, if it is going to be different, it is left to you and me.
Maybe it has always been so. In the car today I listened to a program about European countries pushing back against giant US tech companies – Google, Apple, Microsoft, and others. In part because the influence of these companies is so great it is beginning to impact those countries’ culture and customs. I never thought about that. I just click the Google icon and type in what I am looking for. But, as I listened to the program, I realized there is so much I have never had to think about.

A colleague, an African-American pastor of a neighboring congregation, shares that he no longer shops in one particular store because each time he has gone in he has been shadowed by one of the store’s employees. I have never had the think about that.

Many years ago, a friend who had been a camp counselor with me and was wonderful with the campers in his care shared with me that he was gay, but couldn’t tell anyone because he was afraid of what others would think and that he might lose his job. I have never had to think about that.

At times, a neighboring Jewish congregation has had to hire a police officer to be present during their services because of their concern about antisemitism in our communities. I have never had to think about that.

Following the terrorist attack in Paris last fall, Muslim neighbors shared how concerned they were about the push back against them and their children and their mosque even though they were as outraged by the violence and terrorism as I was. I have never had to think about that.

She graduates from her high school with honors and is recognized both within the school and the community for her academic accomplishments and ability, but wonders if she will be able to attend college because she moved here when she was a child and she and her parents are undocumented. I have never had to think about that.

There is much I have never had to think about.
Privilege.