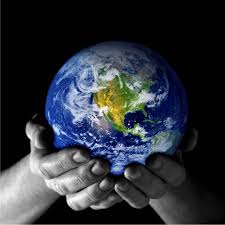 “What is truer than truth? A story.”
– Jewish proverb

When it comes to sacred text, I am not a literalist.
Nor do I proof text.
Wisdom is far more complicated than one or two verses pulled out of context.
Which is why a friend’s Rosh Hashanah message prompted this reflection.
In it he referenced Cain who, after he had killed Abel, responded to God’s question about the whereabouts of his brother by saying, “Am I my brother’s keeper?”

Just to refresh your memory this story begins in the second chapter of Genesis, and goes something like this:
God.
Adam.
Eve.
Creation.
The Garden of Eden.
The birth of Cain.
The birth of Abel.
Then, in a fit of jealousy, Cain kills Abel.
God, knowing what happened, asks Cain about Abel.
Cain responds.
God banishes Cain from Eden.

Here is what I think.
This is not a story about Cain and Abel, at least if we treat them as individuals.
This is a story about humanity.
About you and me and the ever widening circle of communities in which we live.
Daily we participate in fratricide.
Killing, in a hundred different ways, our sisters and brothers.
And, when asked about it, Cain’s response becomes ours.
What? Am I my brother’s keeper?
And, we are banished again.

In the grand sweep of the narrative, what if all of Hebrew and Christian scripture is an attempt to answer this question posed early on in one of the oldest of our sacred stories.
Told for generations before it was ever written down.
Is all this just about me?
Or, in the human family of which I am a part
Am I my sister’s keeper?
Am I my brother’s keeper?

Scripture wrestles with this question on almost every page.
But what if the answer is right there.
In the story itself.
After giving his answer Cain is banished.
But Eden remains.
Maybe when we find our way to
“Yes, I am my sister’s and brother’s keeper.”
We also begin to find our way home.