Manifestos.
Diatribes.
Name calling.
Finger pointing.
He said.
She said.
Deafening gunfire.
Even more deafening silence.
Body slams.
Twisted truth.
Outright lies.
With all this and more, I have found myself thinking about Dr. King’s I Have A Dream speech which he gave standing on the steps of the Lincoln Memorial in Washington DC in August, 1963. Or, was it yesterday?

Of course there is more to that speech and that moment and that dream. But, the phrase that has been demanding my attention is this: the content of their character. Little black boys and little black girls still long to be judged on the content of their character and not by the color of their skin. As do little Asian girls and little Middle Eastern boys and grown Guatemalan women and grown Mexican men. 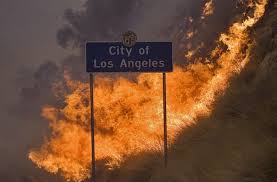 Fires surround Los Angeles. And, three months after Hurricane Maria much of Puerto Rico is still without power and water. And, while they are no longer in the news I am sure communities in Texas and in Florida continue the struggle to rebuild after Hurricanes Harvey and Irma. And, families down the street from where I live are still hungry and wondering if they will have enough food for their family. And, it is still Advent.

In announcing his pending resignation from the Senate, Al Franken commented on the irony of his pressured resignation and the fact we still have a President who has been accused of and admitted to sexual abuse. And that a self-professed Christian in Alabama who has been accused of abusing teenage girls and yet who  continues to have the backing of his party, and whose supporters dismiss the charges of abuse and a concern for personal morality by saying what they are engaged in is a war is still running for the Senate. And, it is still Advent.

DACA students begin to take their finals as they complete another semester of college holding onto dreams which, as they study, hang by a thread. For most they have known no other home than the one they will return to in another week. What will happen next? They wonder. What will happen to their families? And, it is still Advent.

China issues instructions to its citizens who live along their border with North Korea about how to survive a nuclear explosion. Kim Jong-un issues a statement saying war on the Korean Peninsula is inevitable. President Trump continues to taunt with tweets. And, it is still Advent.

Terrorist strike and terror still kills.
Syria.
Los Vegas.
Pakistan.
New York.
Afghanistan.
Paris.
Just as it did so long ago in Bethlehem.

One of the consistent refrains in the Biblical texts which we read this time of year is “Fear not.” Two words said over and over again.
To Mary.
To Joseph.
To the shepherds.
To you and me.
That doesn’t mean the reason for the fear goes away.
Caesar still rules.
Brute force still is used.
People still flee for their lives and become refugees.
The neighbor down the street is still hungry.

Looking around.
And feeling the knot in my stomach.
I don’t know how not to be afraid.
And angry.
But it is still Advent.
Believing what I do
I will do my best to hold onto those two words.

They violated women and girls.
They abused our trust.
They misused their power.
Politically I agree with some of these men.
Others I disagree with.
But, there is no defending or excusing what they did.
If you do, you tacitly condone their behavior.
Whether I agree or disagree with them I think they all should lose their jobs.